Skip to content
Believe it or not, the window of opportunity to engage Lebanon in the new and vast oil and gas exploration frontier is narrowing and the ship of the International Oil Companies (IOC) is sailing away.
As a geologist, I have studied (in depth) the GeoScience Offshore EMED. I have discussed the subject matter with Lebanon’s government officials and high ranking officers at the Ministry of defense. I have attended many meetings and been interviewed by two major networks on the same topic. I read numerous articles by the true but few oil and gas experts in Lebanon. I have evaluated the dictations by the so many “self-claimed experts” on the Hydrocarbon potential. Some scripts were professionally done but others were propagandist, with no substance and lacking the deep understanding of the nature of the oil and gas business.
Though, in all fairness, this is normal in a country (like Lebanon) that has no experience in the oil industry. Still, I accuse certain media of negligence and my advice is to exercise caution when you’re uneducated on matters related to the science of oil and gas, as this could be misleading to the IOCs.
The main challenges that need to be addressed here, at this stage of our journey, are the ones that represent the heart of the problems in Lebanon now. The solution to the first dilemma is, beyond the shadow of a doubt, for the political juggernaut to stop; for the leaders of all parties to resolve their differences swiftly and to realize that Lebanon is at a critical juncture in history. It is whether to embrace this business opportunity of extreme urgency as “blessings” to help improve the lives of future generations in Lebanon, or whether to continue with the talent of bickering over the survival of special-interest-groups.
When and if the local politicians agree on the spiritual maturity and mental transformation from their own pockets to the best interest of Lebanon, our main and immediate objectives would be to recapture the attention and the trust of the IOCs. I can only express my own opinion as an oil and gas expert with more than 25 years of experience in the industry, both in the United States and Internationally.
To change the perception of the IOCs about the politicians in Lebanon being secessionists and an aging governing body, we will need to re-examine the government check list on the essential elements that are required to help build the initial stage of the oil industry.

Participants in the operation of oil and gas will need to understand that our business is based on petroleum science. Without the years of hands-on experience in oil and gas, you are not qualified, even if you’re a graduate of the Ivy League. Lebanon is in a desperate need for hands-on experienced oil and gas professionals (citizens of Lebanon only), as the country does not have the luxury to train people, or hire trainees, at this time.
So, any professional without at least 10 years of hands-on experience in the international petroleum industry cannot participate to represent the interests of Lebanon on oil and gas operations, which includes the scientific, technical, and commercial aspects of the business.

2. He who has the Black Gold is King

I disagree with the self-claimed “oil and gas experts” advising Lebanon’s Petroleum Authority (PA) and members of the Parliament that Lebanon should embark on travel after the IOCs to reconsider. Lebanon owns the natural resources, so why should the government do the convincing?
It is my recommendation that the Lebanese government instead focus on the internal political problems to resolve them as quickly as possible and to adopt a new approach by amending the two pending decrees. Only then the IOCs would return.

Members of the Ministry of Energy (ME) and the PA should stay within the framework of their duties, which are governmental and regulatory in nature. They need, for the most part, to distance themselves from dabbling with the commercial and operational aspects of the industry, aspects which are the natural task of and to be solely performed by the National Oil Company (NOC). Likewise, when established, the NOC needs to be least involved in the regulatory affairs of the business.
My opinion is that any insinuation or recommendation by the government of Lebanon for the ME and/or the PA to assume the lead on oil and gas operation would drive the IOCs and investors away. As it stands now, it seems as if the Lebanese Petroleum Authority (LPA) is trying to hijack the role of the National Oil Company. This is deterrent to the process and which brings me to my next point.

Establish the National Oil Company (NOC) now as an independent, non-political, managed by four key individuals, technically qualified, who have a collective hands-on experience of at least 60 years in this industry. The NOC must be supported by all politicians in Lebanon. It is as critical as the PA and the ME. The NOC represents the sovereignty of the country for natural resources, namely oil and gas, which are of national security interest. The NOC is the operational arm and, fundamentally, the third-pillar of the oil industry in many countries.

A. Royalty to the State: Just remember that offshore of Lebanon 1 percent is valued at $10 billion. Royalty is the first form of compensation exercised in the Middle East region. In 1900, by means of geologist and businessmen William D’Arcy, the British government offered Persia a royalty of 16 percent.
Today, it is even higher percentage on mega-sized oil and gas fields, as it is the case offshore Lebanon and proven by the discoveries offshore Israel and Cyprus. Therefore, we need to increase the royalty to the state from the mediocre 4 percent to at least 10 percent; and anything above it shall be designated to the competition among the IOCs whereby the technical evaluation scale tips in favor of the IOCs that offer more royalty to the state.
Missing in action here is a royalty of 12 percent (6 x 2 percent), with the number 6 representing…  What?
B. Block Delineation offshore of Lebanon:  Increase from 10 to 15 blocks. The procedure is simple and based on most updated seismic data, compiled in 2013, keeping in mind that the blocks producing gas offshore of Israel are each smaller than any acreage on the 15-block delineation I am suggesting. Also, the same geological trends extend from offshore Israel north to offshore Lebanon.
Here is a shortlist of axioms why the increase in blocks number would greatly benefit Lebanon:
-It invites more IOCs to engage in the process and invest.
-Employs more indigenous personnel
-Enhances the spirit of competition which would translate to better technology used by the IOCs to improve oil and gas production.
-Improving production would increase the revenue(s) to Lebanon
-Prolongs the continuity of oil and gas production, from 50 years to possibly 75 or 100 Years
-Release more blocks (five or six) on the first bidding round. This would give ways to unlock the geological settings and enhance our understanding of the Hydrocarbon potential.
C.  Tax Laws.  Make it palatable to the IOCs as they need to recover their investment quickly.
-The 15 percent rate on corporate profit is adequate if we just increase the royalty to the state. And why should Lebanon entangle itself with the web of complexity, which gives rise to corruption, when it could earn revenues of the top (royalty), the Crème de la Crème?
-Since the IOCs need the incentive to do business in Lebanon, and because of the volatility in oil and gas spot prices, I recommend granting the IOCs a grace period of five years’ tax exemption.
D. Lebanon’s oil and gas Laws, 132/2010.  Opacity gives birth to confusion.
The LPA needs to re-examine the draft for the purpose of clarity, minor corrections and/or addition(s). The list of definitions must include the definition of many other industry terms, such as the working interest (WI) to the state. Also, some of the oil and gas provisions are in violation of the commercial laws of Lebanon, such as the limitation on the state participation. Both issues could be easily resolved by establishing the NOC.
E. Security. Safety of personnel is the number one concern by the IOCs.
This is a critical element. In 2013, the IOCs complaints reached a crescendo. If they were to operate on Lebanese soil, the government would need to provide the security and comfort zone to their oil and gas operations. This could be accomplished involving the Lebanese Armed Forces.
F. Transparency. IOCs obligation towards their shareholders forced them to embrace it.
Unfortunately, the trait of corruption in Lebanon is endemic. The IOCs just cannot afford working the oil and gas business in secrecy and deceit. It will take an effort, not only by the political coterie, but on national scale to move forward on this venture, which is completely new to the citizens of Lebanon. Thus, politicians are well advised to exercise the policy of inclusivity; act upon their duties with highest level of integrity and to make certain that the oil and gas laws would have no loopholes; are rid of foist and are clear and properly dealt with before the IOCs seriously consider coming back to Lebanon.

-People are innocent until they proven guilty. Unless we have the scientific and physical proof, we just cannot accuse anyone of siphoning natural gas from pay-zones, offshore. Lebanon would be frowned upon and considered as mediocre, a mockery, by the international community; and this sort of rhetoric could trigger waves of fear in the heart of the IOCs and the investors. Let’s preserve our tongue for now; there will be times to complain in the future.
-Investors and financial institutions shy away from high risk and expensive prospects, especially in countries whose governments advocate wars against their neighbors.

7. The Commencement of Putinization in the East Mediterranean region.

-Gazprom and Rosneft are the national oil and gas companies of Russia and President Putin is in control of both companies.
-Russia and Israel have signed a treaty to develop parts of the gas fields and to build under-ocean pipeline in the East Mediterranean.
-Putin has been a preternaturally shrewd business invader of the third-world countries. He is doing so by means of energy economics in areas rich in oil, gas and uranium. He has been quick to establishing the “Eurasia Union” to compete with the EU and the FTA of the Americas.
-My recommendation is to avoid Russian and Chinese operators. Russia and China are anti-West ogres. They may offer investment and market support, but cannot offer the technology necessary for oil and gas exploration and production in ultra-deep water, in 1500m to 2000m, as it is the case offshore Lebanon. The deep ocean technology is only offered by West Europe and the American Continent.

The Lebanese government is hereby advised to seek a wider recognition by the international community to help develop its oil industry. One way that could be effective and could obviate certain problems with Lebanon’s neighbors, is for the government to sign a memorandum with the United Nations to confirm that all proceeds from Lebanon’s oil and gas prospects would not have the stigma of dual-usage. The revenues will be devoted to help grow the local economy, to engage in commercial projects, and none to the enhancement of the military machine in Lebanon.
Mr Fuad Jawad  is a petroleum geologist, and Advisor to the Board of Clarendon Global. 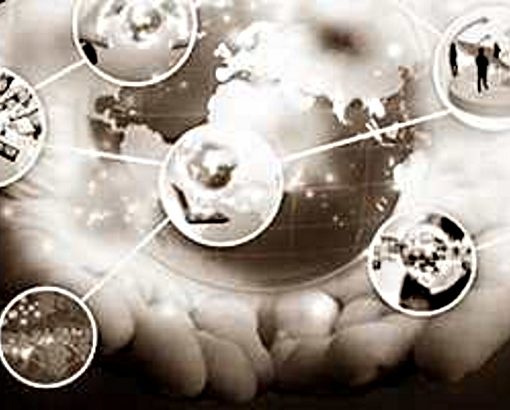 Enormous quantity of industrial waste, being dumped for last 40+ years, today represents and ideal resource for feasible extraction of copper and molybdenum.

Clarendon Global with its sales and engineering team through the Miami office acts as an exclusive representative and dealer in the US for “Nautical Anodes Rakicevic”, a Serbian nautical anode manufacturer.

Clarendon resource co. Ltd is in negotiations with Morit Exploration co. ltd, for a feasibility study and technology for the production […]